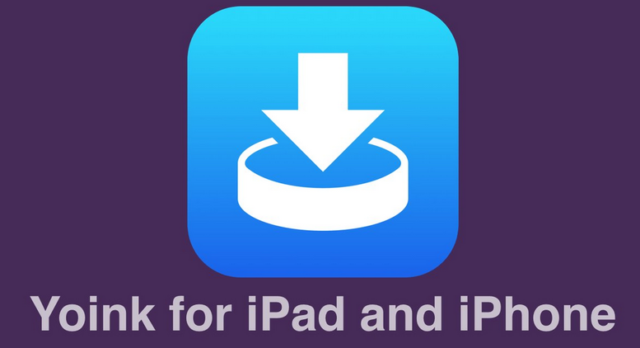 The new Yoink iOS update is rolling out now and new integration with iOS 11 is bringing some new features to the app. Yoink is an app developed by Eternal Storms and the newly released version brings the app to version 1.1. The integration with iOS 11 is just one of the many new things in Yoink, which is a paid app on Apple’s App Store. If you have Yoink on your iOS device, read on to learn more about what new features are coming to the app in the 1.1 update.

Version 1.1 of Yoink for iOS was just released. The biggest change to the app is the integration with iOS 11, which brings new features to the app. Essentially, with the iOS 11 integration, you can now use the drag-and-drop feature. You will find that with the update, you now have a shelf where you can drag your files and other items. The drag-and-drop feature allows you to switch between apps and tabs and then drag the items out of Yoink to access those items easily once again. 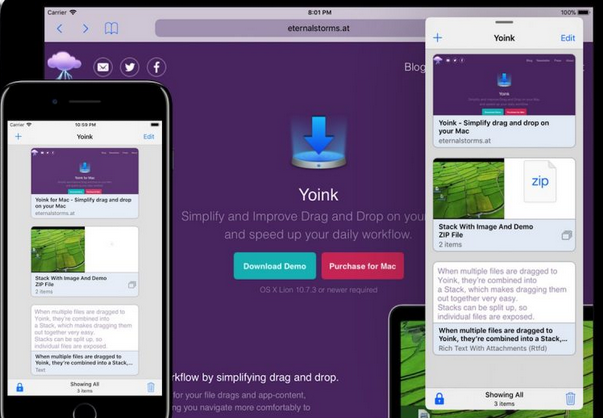 Beyond the new drag-and-drop feature in Yoink, we also see that even more integrations with iOS 11 are now present. You have clipboard awareness with this version 1.1 update. This means you can copy whatever you want into the clipboard. The Yoink app will automatically store those items for you. Of course, you have a choice whether or not to have Yoink automatically store those clipboard items. It is important to note that you are asked before it is copied into Yoink.

There is also a new widget in Yoink, which is the Today widget, and you will love this addition. The new Today widget allows you to see and access the items you have most recently stored within Yoink. You also can store the contents from your clipboard into the Today widget, which is pretty handy as well. 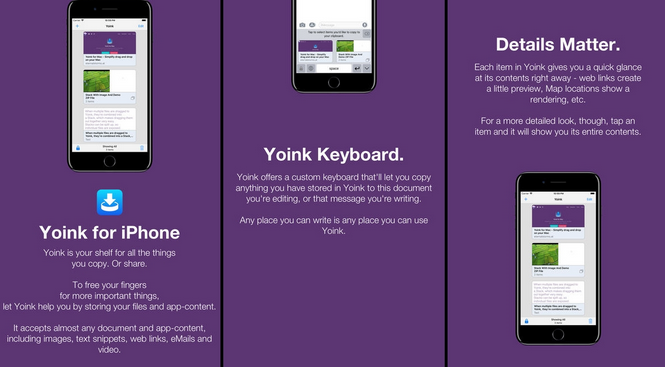 There are 3D Touch Quick Actions offered to you, which allow you to add content to the clipboard right from your home screen. The new update also brings an auto-empty trash feature, as well as a never-delete option. We already talked about the drag-and-drop feature, which you will find in this latest update. Even better is that you have spotlight indexing now with this update.

There is also a newly redesigned user interface in the Yoink iOS update version 1.1. The redesign for the user interface is more geared towards providing support for the iPhone X. There is also a new button for each Yoink stack that you make. The new button allows you to click on it and then quickly access certain functions and features. The ability to share, select, delete, and copy with the tap of a button is going to help you manage all of your content much better.

Once you have downloaded the new version of Yoink, you will also be able to access your content stored in Yoink from the Files browser. Opening content from Yoink will be possible using any app that supports the Files browser option. Just like with other app updates, minor bug fixes and improvements were also made in version 1.1.

If this sounds like an app you would like to check out, it is $2.99 on Apple’s App Store for a limited time. The normal price is $4.99 so you might want to grab the app right now while it is on sale. There are many languages you can get in the app too, such as Korean, Chinese, German, and English. If you have a Mac, there is also a version for the Mac, but that will cost you $6.99. Tell us in the comments what you think of the new Yoink iOS update. Do you think these new iOS 11 integrations and features will make the app better?